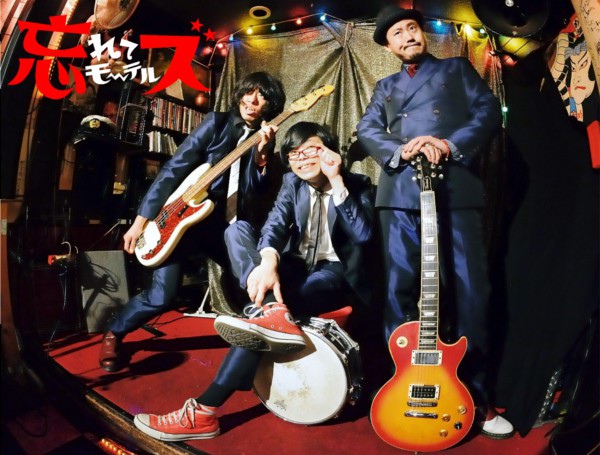 In 2009, Drum Vocal 283, Guitar / Bad, Support Bass, and Dogs of Modern Society forget about the formation of Motels' predecessor band “Minna Nakayoshi”.
Live activities will be started in Katsumi and Machida in Tokyo, with original songs and rocky roll as the axis and intensely comical performance.
Soon after, the first official base satisfaction joined, and the band name was changed to “Forget-for-Motels”, expanding the scope of activities to the suburbs of Tokyo.
In 2012, the first independent sound source “Zundoko Beat Number One” was released. 500 copies sold out at the live house. A wide range of activities spread throughout the country, creating a motel whirlwind.
He left Satisfaction in the same year.
In 2013, joined the second generation bassist, Dragonfly. Withdrawing from the bass for 8 days.
Joined 3rd bassist Zorome.
In September, the 1st full album “The Red Dawn Calls” was released nationwide from CRAZY DIAMOND RECORDS.
In August 2015, they released their second album “God is crazy about Soroban” from Sazanami Label.
In December 2016, the 3rd album “Magic no I Nantei” was also released from the Sazanami label.

A 3-piece rock band that expands its activities nationwide, especially in Tokyo!

Various sounds are expressed by different music genres for each member.
There are various opinions about the genre of people who listened to moll music.
I think that the song will be completed for the first time in the world imaginable by the band + audience.
The violent performance and the explosion of the rust that three people push up are unique.
A song that seems simple at first glance is a blade that attacks those who see it with a strong sharpness in live performances.
There is no blind spot on the stage with outstanding entertainment.

-Play the piano alone under the name PEPPERMINT U. Japanese song that adores black people
● NuttyWestern's in charge of keyboard and keyboard harmonica
● I used to sing with HONEY HOH HEADS
● From Numazu City, Shizuoka Prefecture
● Nationality ODDLAND