We have an Irish session on Mar...

The first band of THE WILD ROVE...

An Irish session is being held ...

Participated in the short film ...

Split record will be released! ...

We have started selling origina...

1stALBUM “UNDER THE MOONLIT NIG... 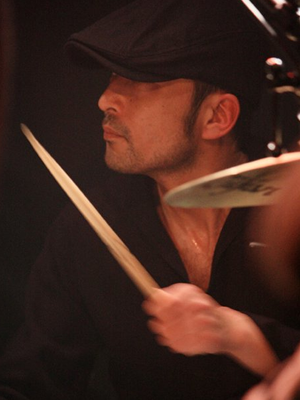 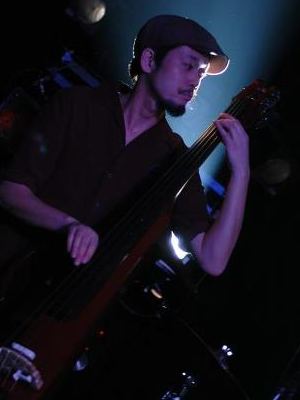 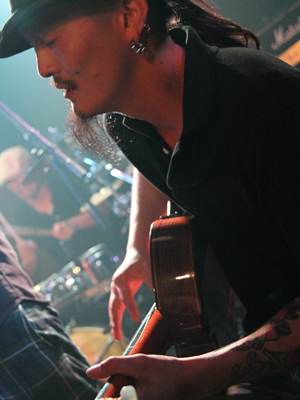 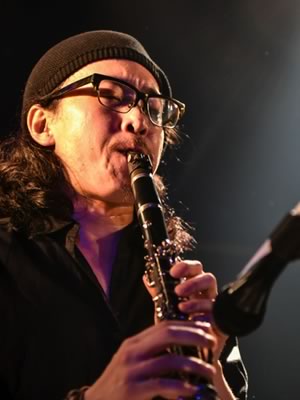 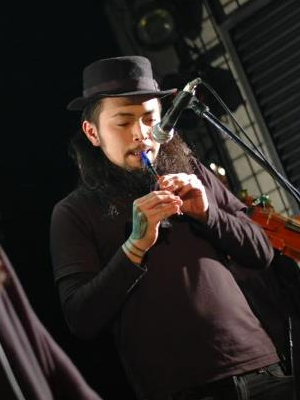 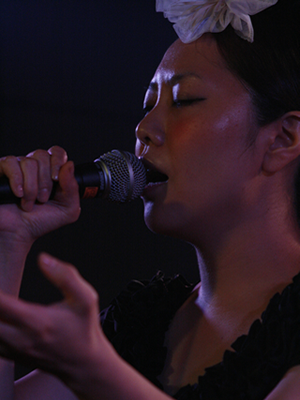 Formed in February 2008.
KEISUKE for guitar, JOE for tin whistle, YUNYS for accordion,
Starting with the concept of aiming for new acoustic music, incorporating elements such as rock, metal, Latin and jazz, based on European country music such as Irish, Gypsy and Flamenco.

In August 2008, wood based AKIYOSHI joined.

In September 2009, we released DEMO sound source with two songs “OCHIBA” and “IKI”.

In January 2010, accordion withdrew from YUNYS. HARUMI will join from February.

In March 2010, he appeared in WILD ROVER, the biggest Irish event in Tokyo and Osaka.
AZ CATALPA, who had participated as a guest vocal at this time, officially joined as a vocal.

An event held in Shibuya on July 22 and March 2010, a compilation of live footage of WILD ROVER and the sound sources of the bands that participated, participating in VA (Eastern Storm) / WILD ROVER (CD + DVD) . The first vocal sound source.

In August 2010, he appeared on the nightclub stage of Toyama's World Music Festival, Sukiyaki Meets the World's 20th Anniversary Event.

In October 2010, he was selected as the opening act of the flamenco rock band Rockamenco's Osaka one-man.

In November 2010, she made her first appearance at the Umeda Noon event, BOSSANOVA UNDERGROUND.

In January 2011, appeared on the music program Street Fighters on TV Asahi and ABC. Chaku-Uta distribution starts from the program.

In November 2011, he appeared at TOKYO RUSTIC JAMBOREE 2011, a large rustic event held at Shinjuku Loft.

In March 2012, appeared in WILD ROVER 2012 in Tokyo.
An accordionist, Shoi Fujisawa, who has been active in various places such as Scorpio since that time, participated in the accordion.

In April 2012, the first project “MOHIKAN NIGHT” will be held.

In May 2012, he participated in a tour of Japan by French rock band Mustang.

In May 2012, he appeared at the 26th Tezukayama Music Festival.

In July 2012, he participated in a band omnibus game BEVA SQ from SQUARE ENIX with the famous song of the Holy Sword Legend 3, Can You Fly Sister?
Participated in the event SAVE THE NOON, which was launched to save Osaka's long-established club “NOON”.

Participated in V.A.RUSTIC STOMP 2015 in October 2015. Appeared in SAKA HELL'S CIRCUS 2015 event from the same record.

In November 2015, BALKAN BEATS came to Japan from Germany.

In May 2017, they released their first album, UNDER THE MOONLIT NIGHT.

Performed in Tokyo Rustic Jamboree 2017 in November 2017. In the same month, he appeared in an event in Fukushima Prefecture, Uzukushima LIVE2017.

In August 2019, split records / CD with Frantic Aberration, Mohirration from the treasure box.

He participated in many omnibuses and released his first full album “UNDER THE MOONLIT NIGHT” on Treasure Music Sounds Label in May 2017.
In August 2019, split record / CD with Frantic Aberration, Mohirration from the treasure box.