Tickets on sale from today at:

LES KORRIGANS 15.00
Even today, dance parties are held in various parts of France. A French dance party is also held in Japan, and the “Korrigan” was formed there.
Members who love Celtic music such as Irish music gather and play music that can be danced at a dance party ♪

"In today's France, the culture of traditional- and ballroom dancing is alive and well.
We founded our band «The Korrigans» with the objective to help spread this dancing culture to Japan. "
We love above everything else to gather with lovers of Irish and other Celtic musics, and
playing tunes to make people dance.

We are an Irish music band founded in 2007. After a one-year break, we started performing together
again in 2011. We sing Irish tunes and play Irish music with all our hearts.

SAMURAI CELT MINE 17.30
A Japanese celtic band led by Shunsuke Shimizu. A sound that makes you feel the warmth and kindness of wood even in the intensity and the slyness of music using wooden instruments such as Flute & Whistle, Fiddle, Wood-bass, Cajon.
Currently active in Kyoto, the ancient capital of Japan.

Led by Flute player Shunsuke Shimizu, Samurai Celtic Mine is a celtic music band with a Japanese soul.
They use the flute and the whistle, fiddle, wood-bass and Cajon, to make a powerful, moving music whose harshness is tempered by the softness of the wooden instruments.

Irish, Gypsy, Celtic, Cretzmer, Flamenco, Muset, etc.
Based on European traditional music, rock, Latin and many others
We are developing world mixture music with elements.

Without getting bored with rocks, etc.
Experience the comfort of tick!
Using this as a starting point, experimental acoustic fusion was attempted and a new acoustic music
Aiming at the current state of progress.

[Revili'O]
Revili'O Formed in 2012 after passing through the predecessor JAD and Thy County.
Indie working with original music and cover based on the elements of Irish and Blueglass
Fork Band.

MOHIKAN FAMILY'S x REVILI'O
Profile
[MOHIKAN FAMILY'S]
Mohikan Family's is an accoustic rock band performing in the heart in Osaka.
It brings together 6 musicians playing Gut guitar, Tinwhistle, Accordion, Woodbass, drums,
and a singer.
They tap into traditional music from all over Europe, going from Celtic (especially Irish) music to Gipsy-
and Klezmer music, Flamenco, and French musette.
The base of their music is rock and latin, with which they blended all other influences to produce
their own brand of Mixed World Music.
Without relying on the standarts of rock, they strive to produce a constantly evolving, harmonious
yet experimental music.

[Revili'O]
Revili'o were known until 2012 as «JAD, Thy County».
They are an indie folk band performing original tunes with Irish Bluegrass as their core inspiration.

Ticket Ticket Dealer / Where to Get Tickets 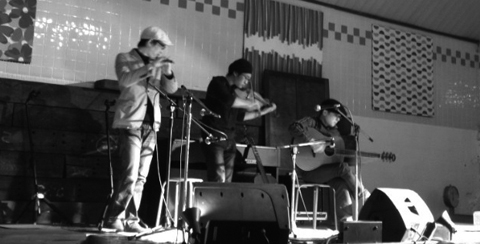 I play Irish music.
After being formed in 2007, it was revived in 2011 after a one-year blank following the members' love. I'm trying to arrange music using the rhythm of Irish music. 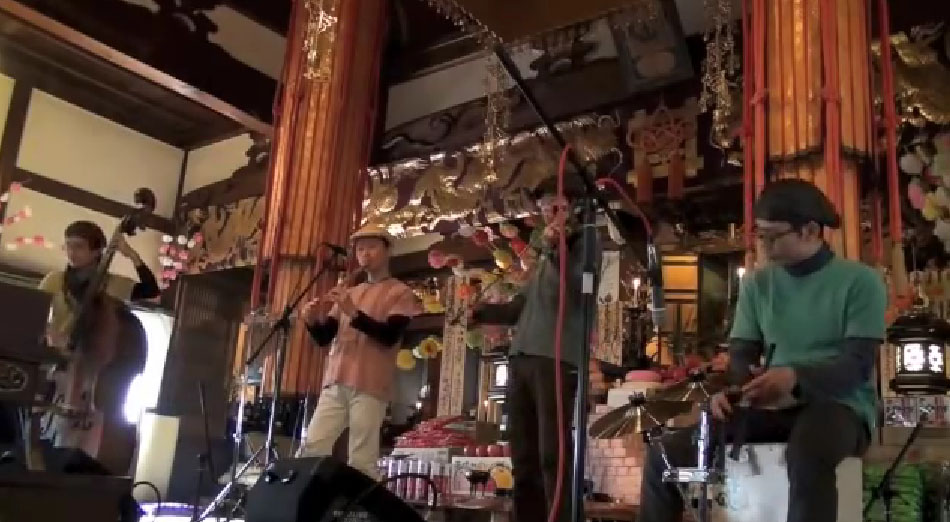 The music born is full of world emotions.

The inexhaustible vertical and horizontal sound that is not bound by Celtic music is attractive.

Currently working in Kyoto, the ancient capital of Japan.